What Do Translators Do? 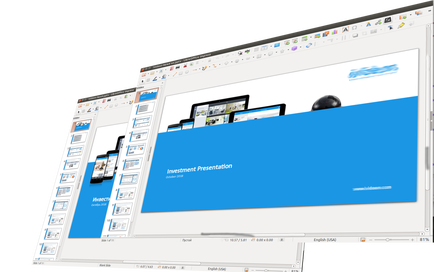 Watch this nice two-minute video, "A Day in the Life of a Translator or Interpreter."

In case you’d like to know more, here are a few basic facts about the work of translators:

The Process of Translation
Contrary to what many people imagine, the process of translating is not simply a matter of replacing individual words in one language with clear equivalents in another. Each language has its own ways of organizing information and ideas, and its own grammatical structures and idiomatic usages for communicating these. Sometimes a sentence comes out much longer or shorter in translation than in the original text. One way I can describe it is that I “translate” a sentence in German or Russian into meaning in my mind, and then “translate” that meaning into a sentence or two in English. Typically there are multiple ways to render that same meaning into English―an important part of a translator’s job is to select the words and sentence structure to best represent that same meaning in English, taking into account what has been said in earlier sentences, the audience, and the style most appropriate to convey it. And, of course, the translation needs to sound native, as if it had been written originally English.

Translators generally take several passes through a text. Some of us read the text in its entirety before writing anything. I usually go through a text three times: First to translate it, second to check and edit it, and third to proofread it in English and make sure it sounds natural. 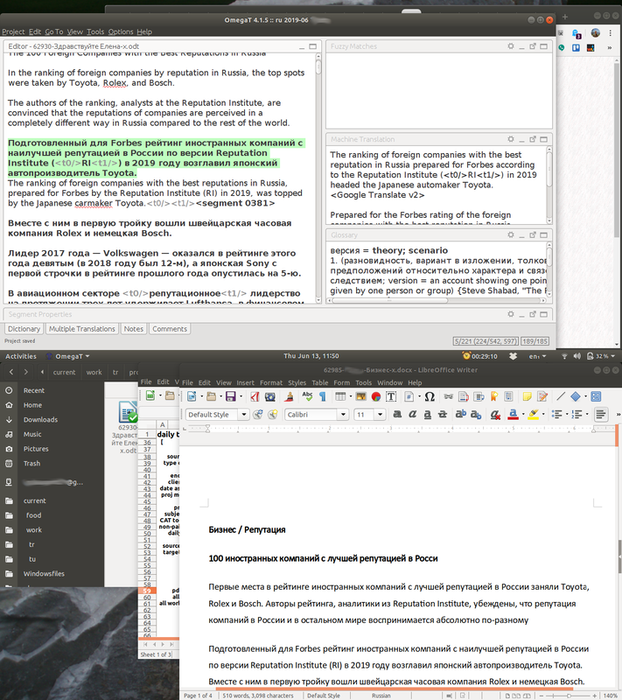 Working at a Computer
Of course it’s no surprise that a translator works at a computer, since translating involves words, and since most people work at computers these days anyway. I travel a lot now, so I use a laptop. But I also need my 15.6” external monitor―translators need plenty of screen space, because we typically need many programs and windows open at the same time for our work: online dictionaries and other references, glossaries of relevant terminology, other reference materials for a project, ongoing notes on the project, and the source text itself. And my browser typically has over twenty tabs open while I’m working on a project.

One special kind of software that translators use is something we usually refer to as a “CAT tool,” a computer-assisted translation program. In it, a translator sees a sentence and types a translation for it. The program helps the translator in various ways: For example, it shows similar sentences the translator has written in the past, it displays machine translation results for the sentence, and it lists words and their translations from glossaries for some words occurring in the sentence. When the translator finishes a project, she or he uses it to generate a new file just like the original one but with everything translated. I mostly use CAT tools called OmegaT and MemoQ, and occasionally web-based tools called SmartCat and Crowdin. Some other popular programs out there are Trados, Wordfast, and MemSource. Many of these programs are very complex and cost hundreds of dollars.

​Up toward the right you see a project I was working on with OmegaT on my laptop. The built-in monitor is below and the external monitor is above it.​

Below you can see a window spread of everything that I had open at one moment while working on a project with MemoQ. That was on my desktop computer with a 24” monitor plus a smaller monitor to the left.

More Work Behind the Scenes
When not working on paid translation projects for our clients, we translators are still busy: We spend time on bookkeeping and invoicing, marketing, tweaking and learning new features of our software, chatting with colleagues, and on professional development: We read to practice our source languages, we study to learn more in our specialty fields, and we take webinars, video courses, and workshops in order to attain our best as translators.