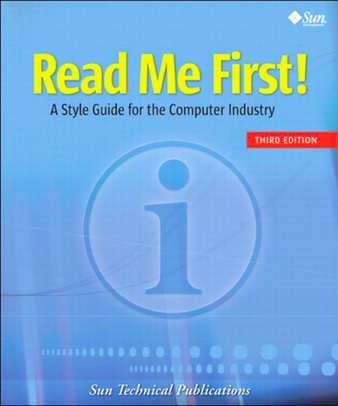 For my translations from German and Russian to English, the style guide that I rely on is Read Me First! A Style Guide for the Computer Industry (Sun Microsystems, 2009). If a client asks me to follow a different style guide, then of course I use that. Otherwise, I adhere to the recommendations of Read Me First! with the following exceptions and additions:

Addresses
Following normal practice in my profession, I do not translate addresses except for the place names most commonly known in English, such as “Moscow” in place of “Moskva.” When translating from Russian, I transliterate them into the Roman alphabet.

Contractions
I do use natural, commonly-used contractions like “that’s” and “it’s” unless a very formal tone is needed in the text. (Some contractions, such as “don’t,” are also used frequently in formal speech so I include them even then.) We use contractions in normal speech, so if we want naturally flowing text we should write likewise.

Date Formats
I never use the format “04/03/20.” While this is the abbreviated form most often used in the United States, it would be misunderstood in Britain and other European countries because the month and day would be understood in reverse order. I translate into US English, but I still assume that my translations are likely to be read by people from different countries. So I avoid the ambiguity by always including an abbreviation for the month and putting the date’s elements in order from smallest to biggest units, in the format: “Fri 03-Apr-20.” When space is more limited I reduce it to “3Apr20” or similar.

In long form I usually write dates like “Friday 3 April 2020,” in the sequence consistent with what I just mentioned above. But when a more casual tone is called for, then “Friday, April 3rd, 2020.”

Headings
The style guide mandates capitalization of headings as follows: "Capitalize the first letter of the first word and the first letter of all other words except conjunctions, articles, prepositions of fewer than four letters, and the 'to' in infinitives. Capitalize the second element of a hyphenated compound word unless the first element is a prefix." This style of capitalization is often called "title caps," and it differs from the "sentence-cap" styles of Google and Microsoft. I make one small adjustment to the style guide, by saying "except coordinating conjunctions." This reduces the exceptions and means that I capitalize "When" but not "and." I believe this brings the style more in line with what I was taught in school.

Key Name Conventions
For combinations of keys pressed simultaneously, the style guide recommends putting a hyphen between the names: "press Alt-F-N." That's pretty standard. For key combinations pressed in sequence, I follow the Microsoft convention of using commas: "press Alt, F, N." (The style guide's standard way to indicate this is with the plus sign: "press Alt+F+N," but I think that most people would understand this to mean pressing the keys simultaneously. Commas convey this much more clearly.)

Names
I leave names in their original form from the source text: names of people, companies, songs, etc. When names contain meaning that might be useful or interesting to the reader of the target text, I add a translation in square brackets [like this] at the first occurrence of the name in the text.

Special Notes
I sometimes add extra text in square brackets for clarification. Some examples of this are:
[illegible text]
[signature here]
[text of the stamp:]
[text in the logo:]
[translator’s note: ]

Time Formats
For my own personal use, I prefer to write times using the 24-hour clock, such as “17:05.” It’s clear and brief, easier to keep track of time differences, and it makes more sense to me than counting the hours up two times in one day. This is also the system that Read Me First! recommends. But I recognize that most people don’t use this format, so in my translations I only use 24-hour time if I think that it will be welcome; usually I write times in the format “5:05 pm.”

Transliteration
When translating from Russian, I transliterate names and some other special words from the Cyrillic alphabet to the Roman alphabet. There is no regular system of transliteration for this purpose that is in common use. In transliterating, I try to follow the most commonly used and logical ways, and I use the most widely accepted spellings for these words as far as practical.

Units of Measurement
In nearly all cases, texts in German and Russian use the metric system. In my English translations, I keep these same measurements in metric. When I think it will be needed, I add conversions to the US system after them in parentheses.